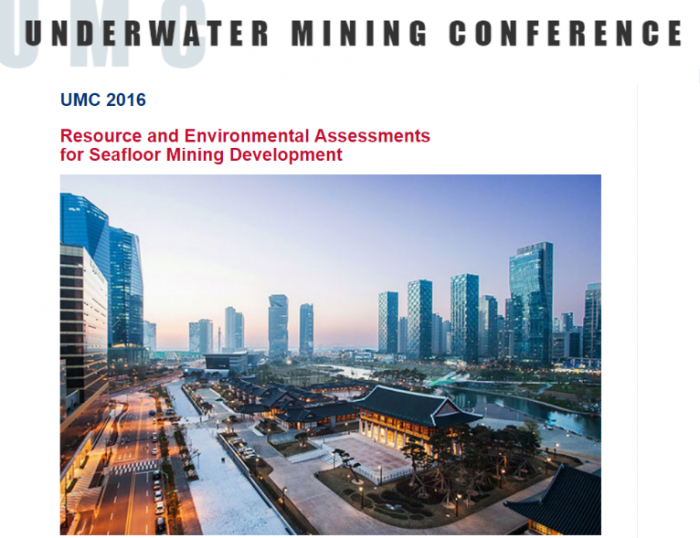 On 11 October, Rodney Norman presented the EC funded Blue Nodules project at the Underwater Mining Conference: UMC 2016, held in Incheon in South Korea from 9 to 13 October 2016. The conference was attended by a wide range of stakeholders in the deep sea mining industry including scientists, engineers, mining contractors, government representatives, legal representatives and other industry stakeholders.
In his presentation, Rodney highlighted the work being carried out in Blue Nodules for the development of technology for the mining of polymetallic nodules from the deep sea, and included reference to two other complementary projects, MIDAS and Blue Mining. These three projects together will allow the development of pilot mining to proceed in the medium term. The presentation elicited a great deal of interest from the underwater mining industry and showed the European commitment to the development of an alternative supply of raw materials.